The Keep is Back 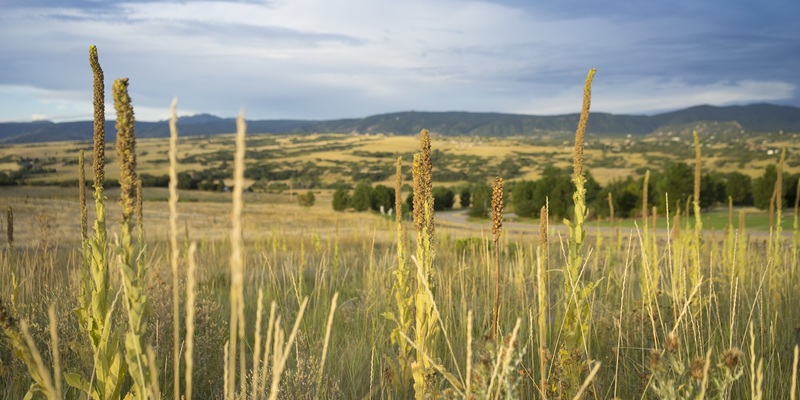 He gave them a bird’s eye view of an 1,100-acre spread in Douglas County with a mere 64 home lots.

Koelbel, whose family’s Koelbel and Co. has shaped the real estate landscape from Vail to Winter Park and Greenwood Village to Louisville, had bought the land with its unbridled beauty from the estate of Mildred “Tweet” Kimball.

Tweet, who died in 1999 at age 84, was a wealthy philanthropist who was passionate about protecting wildlife and the environment, had left her Cherokee Ranch in Douglas County, as well as the 10,000-square-foot, hilltop Cherokee Castle, to a nonprofit foundation.

“Tweet was very eclectic, eccentric and clever,” Koelbel said in 2007.

“She knew that her castle and ranch would require upkeep and maintenance,” Koelbel said at the time.

With no fanfare, Kimball put in her will that 1,000 acres of her 3,500-acre ranch could be sold for development, with the proceeds from the sale going to her Cherokee Ranch & Castle Foundation.

He initially launched sales at The Keep in 2007, but then the Great Recession hit. The community’s name, plays off the castle names in the area, such as Castle Pines and Cherokee Castle. The keep was a secure place in a castle, where jewels were hidden.

“I remember those helicopter tours,” Koelbel said on Tuesday.

“It was in July 2007 and right after that the market began to crumble,” Koelbel said. “So we decided to put it on ice. It was too unique and beautiful of a property to try to force it on a market that had just fallen off a cliff.”

That is consistent with the company’s 50-year development history in the Denver area.

“Our philosophy has always been to try to time the market, rather than try to force development on an adverse market,” Koelbel said.

Now, The Keep is back.

“Fortunately, we are able to hold on to the land and now a short nine years late, it is time to put it back on the market. It is going to be officially unveiled this weekend.”

“Douglas County has really come of age,” Koelbel said. “There is a lot more retail and infill developments in the area. The bottom line is there are very few places you can get lots of four to 11 acres so close to everything. You are really getting something special at The Keep. Each home at The Keep will reside on land in the historic Cherokee Ranch, located just west and south of Castle Pines Village, an area known for its magnificent natural beauty.”

The sites were selected with special concern for views, privacy, and the protection and conservation of native plants, trees, and wildlife corridors offering three different terrains: forested, rolling plains, or scrub oak.

The first phase of 20 home site in The Keep can be purchased and are ready for construction.

“At The Keep, residents will live amongst wildlife and native plants and pines, protected forever in a precious swath of Douglas County open space,” Koelbel said.

The Keep has the rugged beauty of Colorado, but is close to both urban and rural amenities.

“In The Keep community, it will be possible to meet up with neighbors and attend a performance by the Colorado Symphony’s Chamber Musicians at the castle on a given evening; quietly gather extended family at the fishing pond over a holiday weekend; and reach a five-star restaurant, boutique shops, or the golf course within minutes,” Koelbel said.

Cherokee Castle overlooks The Keep. Its terraces and windows show off mountain ranges and thousands of acres of protected open space.

Residents of The Keep have special access to the Castle with its 26 rooms, nine fireplaces, art and antiques collected over generations, and cultural and educational programming.

In 1861 the land now designated as The Keep was offered to settlers in quarter-section parcels.

Each homesteader had but to build a house, cultivate the land, and live on the property.

Then after five years, the new Colorado Territory families were allowed to purchase their land from the federal government for $1.25 per acre.

The land remained largely open as it is now, with pasture cattle and wildlife as the primary inhabitants.

Koelbel and Co. purchased the land from the Cherokee Ranch and Castle Foundation in 2000.

When Tweet Kimball took over the land, she ran a herd of Santa Gertrudis cattle, a breed common in hot, dry climates, but new then to Colorado.

The cattle flourished for 50 years on the Cherokee Ranch, and a few remain for educational and agricultural exhibits. The land stands today as it did then, thick with native grasses, Gambel Oak, Juniper, Douglas Fir, Ponderosa Pine and endless wildflowers.

In 1996, The Cherokee Ranch and Castle Foundation removed the development rights on 31,000 acres of the ranch property, ensuring the land would remain protected and conserved as open space forever.

The foundation placed a conservation easement on the undeveloped3,500 acres in 1996, guaranteeing that it will remain undeveloped.

Kimball served as an example in conservation and many of her neighbors also dedicated themselves to keeping the land open and untouched so that both the wild inhabitants of the area  – including elk, mule deer, white tail deer, mountain lions, bobcats, black bears, coyotes, fox, raccoons, wild turkey, and almost 60 species of birds – and residents alike are able to enjoy more than 16,000 acres of wide open spaces.

A portion of every property sale at The Keep goes toward the foundation to assure its operation into perpetuity.