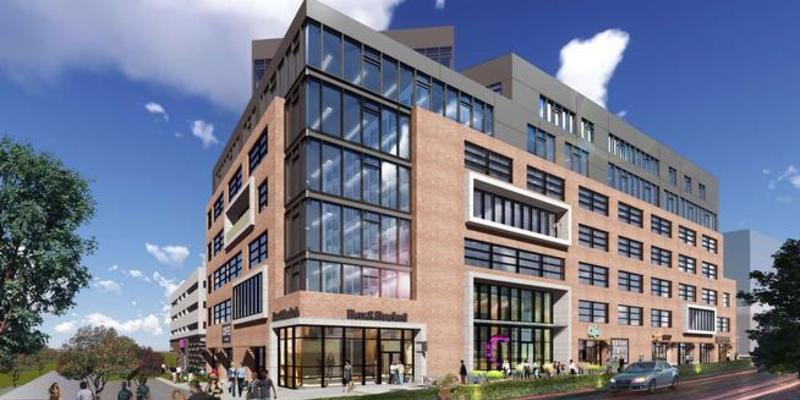 The father-and-son development team of Buz and Carl Koelbel are partners in a new RiNo development that they believe will lead to advances in health care technology.

“This is evolutionary and revolutionary,” said Walter “Buz” Koelbel, whose late father founded the storied Koelbel & Co. in 1952.

Buz and his son Carl are moving forward on the 180,000-square-foot first phase of the Catalyst HTI campus, which they describe as a ‘health-tech integrator’ on more than a 2-acre site at 35th Street and Brighton Boulevard.

With the announcement last week of new high-profile tenants at Catalyst HTI, which include the CU Anschutz Medical Campus, 115,00 square feet of the first phase has been spoken for As far as we know, there really is nothing else like this in the country,” Carl said.

“We think this is a relatively new concept,” Carl said. “We don’t think there is anything else you can compare it to, not only in Denver, but anywhere else in the country. It’s like taking an incubator or a business accelerator a step further.”
His father agreed.

“This is a whole new industry in Denver,” Buz said.

The idea is to have everything from one-person start-ups to Fortune 500 companies to share space.